But, you need not panic. To help you in your journey towards becoming a successful web developer, we have compiled a list of the best programming languages for web development after careful and thorough research.

Some programming languages only allow server-side scripting, while some can do both front-end and back-end tasks. In this list that we have come up with, we have touched upon languages of both types. So, let’s not waste any time and dive into the list.

1. HTML and CSS: The “Must-Knows” for Web Development

While HTML provides you with the skeleton of your webpage, CSS does the job of styling and modification. Also, HTML and CSS are relatively easy to learn. To this date, HTML and CSS remains at the forefront of web development.

There are over 1.8 billion websites running online and among them, a whopping 97.4% of these websites use JavaScript as a client-side programming language. These numbers get even more staggering when you consider the fact that 98.5% of the top 100,000 are built using JavaScript. Therefore, it is no surprise that JavaScript is known as the king of web development because of its omnipresence.

To begin with, JavaScript is a strong client-side programming language that runs on all modern browsers. You can also run JavaScript on the server-side using Node.js. Add to this the ability to use this language for both front-end and back-end web development, it comes with numerous frameworks and libraries for creating complex web pages and applications that even let you build cross-platform apps.

According to the PYLP Popularity of Programming Languages index, Python sits comfortably at #1. It is also the programming language that has grown the most in the last 5 years. This huge growth in its popularity and usage is largely due to its ability to do it all – from machine learning to building web applications and implementing servers in the backend.

Primarily, Python along with its multi functionalities is a very readable coding language that has a syntax that is very human-like and thus is very easy to learn if you are a newcomer who is trying to learn to code for web development. Furthermore, because of its growth, community support is never an issue. Moreover, Python has loads of useful frameworks, tools and libraries for web development. Python’s Django is one such framework, with which you can easily build a full-stack web application

PHP is a backend web development language, which is used in server-side scripting of 79.1% of all websites including the websites of tech giants like Microsoft, Facebook, Wikipedia, etc. PHP’s syntaxes are comparatively easier and it has a moderate learning curve. Moreover, it comes with a plethora of added tools and modules to deploy and debug your web application.

Due to its dominant presence in the market for 25 years, there is no shortage of frameworks, tools and libraries that makes web development even more efficient. Despite facing competition from JavaScript, Python, etc., when it comes to developing and maintaining complex and high-quality web applications easily, PHP still remains a great choice and in great demand.

These days constant arguments are made about how Java is losing its appeal in web development. Yet, Java still continues to be one of the most popular languages for web development. Currently, a total of 9748 companies use Java including behemoths such as Google, Amazon and Netflix.

Scalability, advanced security, garbage collection and memory allocation are some of the features that make Java stand out in the crowd. Moreover, it is platform-independent thanks to its JVM (Java Virtual Machine). Furthermore, Java is perfect for enterprise app development because of its innumerous libraries. All in all, despite the arguments, Java will continue to be a major force in web development in many years to come.

Developed by Microsoft as a more efficient and secured version of C and C++, C# (pronounced as “C Sharp”) was originally designed to develop windows applications using the .NET framework. However, since then it has evolved to be a general-purpose programming language that is highly effective in server-side coding in web development, game development via Unity and so on.

Additionally, because of being in the tech field for over 20 years, it has a rich collection of libraries, frameworks and tools that come in very handy in web development. Besides, it is a cross-platform programming language that is fully integrated with the .NET framework.

Are you also interested in mobile app development? Then make sure to check out our beginner’s guide to mobile application development. 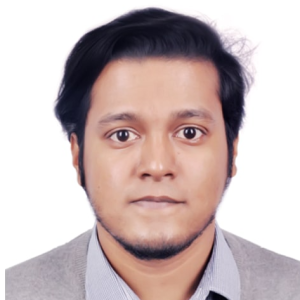 A Computer Science graduate who loves to put his thoughts into words and code!
READY TO TAKE THE NEXT STEP?

We help our clients to build a good product, services, and platforms that not just satisfy our clients but improve people’s lives.