GitHub vs Bitbucket: Which Code Repository is the Best for You?

The code repository hosting system refers to a third-party application that offers you management and organization tools for your version control system. The code repository you use plays a pivotal role in your developmental workflow and productivity.

Among the code repositories, GitHub and Bitbucket are two of the most prominent options. In this GitHub vs Bitbucket analysis, we are going to discuss in detail their strengths and weaknesses, pros and cons.

Why Choosing the Correct Code Repository Hosting System is Essential in Development?

As stated earlier, a code repository server allows you to manage, enhance and modify your version control system. You will be to collaborate with your team members working on the same project by using a repository.

Moreover, repositories track changes made in your code, store all previous versions of your code. One can also revoke the changes and return to a previously installed state with help of a repository.

There are a few things that should be considered while choosing a code repository. Things like whether you are looking for a private or public repository are necessary to keep in mind. Because certain hosting systems are tailor-made for a public repository. While others are more suited for private repositories.

You should also look for a certain set of features in your code repository which are listed below:

GitHub vs Bitbucket: An Overview

GitHub and Bitbucket both provide public and private repositories for hosting your code. There are many similarities in the ways that these two hosting platforms operate. Both these hosting platforms provide you with basic functionalities such as:

However, while both these platforms work in similar ways, there is a fundamental difference between them. GitHub focuses on public code. In contrast, Bitbucket is more focused on private code. Which means. GitHub is more suited to small open-source individual projects. On the other hand, Bitbucket is more beneficial for large-scale enterprise and business projects.

Let’s look at both these hosting platforms separately to get a better understanding of what they offer for developers.

Git is the preferred version control system for most developers in the world and GitHub is considered the hub for Git. GitHub is by far the most popular development platform in the world. It has over 200+ million repositories and an astounding number of 65+ million developers are using GitHub.

The most noteworthy features of GitHub are:

Bitbucket was developed by Atlassian in 2008. It is built using Python and the Django Web Framework. Bitbucket is well-known for its flexibility in controlling VCS.

The main features of Bitbucket include:

GitHub vs Bitbucket: The Key Differences

Both GitHub and Bitbucket are similar in offering many basic functionalities. However, there exist some key differences between them too. Especially in the way they deal with third-party integrations and extensions. There is also a stark contrast in their user interfaces, default settings, etc.

Below we will look at some of the key differences between these two code repositories:

GitHub’s user interface is not overly complex or lacks any features. However, it’s a bit more cluttered and less organized.

In contrast, the user interface of Bitbucket is clean, organized, and incredibly user-friendly. One can easily find what they are searching for easily by moving around its dashboard. Also, it has a very neat and clear navigation sidebar.

The Atlassian Marketplace of BitBucket consists of over 2300 apps. While the GitHub Marketplace also has many useful apps and extensions, the number is low compared to Bitbucket.

You can grant user access to specific branches using both GitHub and Bitbucket. However, Bitbucket allows you to enable branch permissions for free in every plan. On the contrary, in GitHub, branch restriction is free for only public repositories.

For collaboration and communication among team members of a project, a wiki comes in handy. Unfortunately on GitHub, free private repositories cannot have their own wikis. On the other hand, all free public and private repositories in Bitbucket can have separate wikis.

However, GitHub comes with a built-in Projects tab and Bitbucket doesn’t.

In terms of numbers, the GitHub community is much larger than the one of  Bitbucket. Nevertheless, Bitbucket comes with a great community and support base too.

According to the number of users and storage capacity, the price varies for both GitHub and Bitbucket. GitHub offers you unlimited public and private repositories with 500 MB of storage space without any user limit.

Bitbucket also allows you to create free public and private repositories with 1GB of storage. However, the free plans have a user limit of five.

There are various paid subscription packages too in both GitHub and Bitbucket.

GitHub vs Bitbucket: The Summary

It is true that choosing a perfect code repository can be tricky. However, if you know which platform is better for which specific use case, then the decision-making becomes easier. In this article, we can see that GitHub is more suited towards open-source personal or projects with a small team. On the flip side, Bitbucket is a convenient and cost-effective solution for large businesses and enterprises. 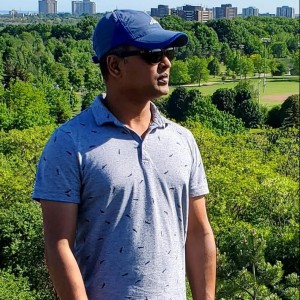 READY TO TAKE THE NEXT STEP?